Just got back from seeing "Scott Pilgrim vs. the World", and I have to say that it was a surprisingly good movie.

DISCLAIMER: Yes, I read the original comic. I remember picking up the first volume, but it wasn't until the third one that I fell in love with the series.

So with that in mind, the first time I heard that they were making a live-action Scott Pilgrim movie I thought it was a joke. I honestly did not realize that it was in fact real until I saw the trailer. At which point the movie went from being just a joke in my mind, to a really bad one.

In retrospect, I still don't think the trailers won over too many movie goers. I mean just look at this:

"On like Donkey Kong"? Was that ever a good line? And even if it was, it couldn't possible sound any more insincere coming from a movie trailer. It's no secret that the only thing Hollywood likes geeks for is to be the social-awkward, genius/comic relief stock character, and the fact they cast Micheal Cera as Scott Pilgrim almost ensured that they wanted this to be the next Napoleon Dynamite.

So I was quite surprised that the movie was largely faithful to its source material and barely hit the "geeks are awkward" comedy well. This isn't to say it's a perfect movie. Actually it would be more accurate to say that it is two halves of two different, but potentially, perfect movies fused together to one good, but definitely, flawed movie.

Actually, let's take a step back a bit. I just realized I wrote the last couple paragraphs with the assumption everyone out there knew what the hell Scott Pilgrim was. Where if that was actually the case, I probably wouldn't have to write anything to being with.

So to start from the beginning, "Scott Pilgrim vs the World" is an adaptation of a series of graphic novels by Bryan Lee O'Malley. In it the titular character falls in love with an American girl Ramona Flowers and the story deals with their relationship. Except that in order for our hero to date Ramona, he must defeat her seven evil ex-boyfriends. I don't mean that in a metaphorical sense either; he actually has to fight seven evil exes that range from sports/action movie heroes to ninjas to vegan super psychics. The whole package is wrapped in a candy shell of interesting side characters, stylish art and clever video game references.

The movie attempts to adapt all six volumes of the original Scott Pilgrim, but the way it does so differs significantly from the beginning and the end. The change will be most obvious to those who read the original comics, but even if you haven't you would have to be blind to not notice the change of pacing. After boyfriend number three the story kicks into high gear and never comes back down. The effect works surprisingly better on screen then it does on paper, and the second half of the movie still stays pretty true to the source despite despite mostly doing its own thing.

Still I can't, help but feel the movie would have been better if it had just rearranged the story altogether rather then the halfway approach. Makes me wonder if their original plan was to make two movies, one for volumes 1-3 and one for volumes 4-6, but then found out the studio wasn't planning on a sequel. That's merely my speculation though.

Anyway, what surprised me more then the fact the movie managed to do a good job of adapting the story of the comics was that Micheal Cera managed to do a good job of being Scott Pilgrim. I won't lie: I thought Micheal Cera was a fundamentally terrible choice of casting. In the comics Scott Pilgrim is best described as being loud and dumb, and while Micheal Cera can do the latter quite well, the former seemed quite beyond him. Somehow it works, and while he is still not my perfect casting choice he still makes a a good Scott Pilgrim.

This one idea encapsulates the whole move: it's a good adaptation, but not a perfect one. For all the stuff they manged to fit in, shuffle into new place or adapt in an interesting way, there's still a lot of stuff that was missed. Again, I think the film makers would have been better off either going completely faithful or crazy with the original story, but I'm happy with what they made.

Of course the biggest tragedy is that this movie completely failed to appeal to an audience. Fans of the comics probably snubbed it for being too difference, fan of Micheal Cera probably walked out in confusion, and the geek population who may have genuinely enjoyed it dismissed it as hipster garbage. Years from now, Scott Pilgrim may be redicscovered as a lost gem, though I'm sure that's a cold confort to the studio and producers of the movie.

I feel like there's so much I could still say about the movie, but I'm trying to avoid outright gushing or spend all my time comparing the movie to the comic. My point is if there is still a theater that is showing the movie anywhere near you, then you should see this movie. It's got some cool effect, interesting characters and is just a fun movie. If you like it, then you can always track down the original comics, but don't conisder it required reading to enjoy.
Posted by Unknown at 1:53 AM No comments: Links to this post

Welcome to Rapture, now get the hell out!

I'm trying to decide whether I should be excited over the announcement of the next Bioshock. While I loved the first game in concept from most everything I've read the second game was largely an unnecessary rehash (before anyone rushes to the latter game's defense know I haven't actually played it, because I still haven't finished the first game. I may love the concept, but the execution leaves a lot to be desired). So the idea of a third sequel sends off warning signals in my head.

That being said, the new trailer looks good (though what trailer doesn't really?). And while it's easy to crack jokes about how the game will be 'Splicers on a Plane' at least they actually realized how implausible it was for a decaying underwater city to somehow continue to exist.

Perhaps this this game might be the one that actually adds elements and expands the series properly. Either way, I'm probably not picking up this game at launch.
Posted by Unknown at 10:48 AM No comments: Links to this post

NiGHTS: Can I Enter the Dream Yet?

For all the games I've ever played, there are at least five more I really wish that I had. I've been working hard to make up for what I've missed, but there are some titles that are harder to track down then others. Like pretty much anything on the Sega Saturn.

Since that oft-maligned console was damn near impossible to emulate until relatively recently, it meant that the only way to play Saturn games was the old fashioned way. This wouldn't be a problem if it weren't for the fact that the old-fashioned way quickly becomes the really-expensive way. Like the triple digits kind of expensive. 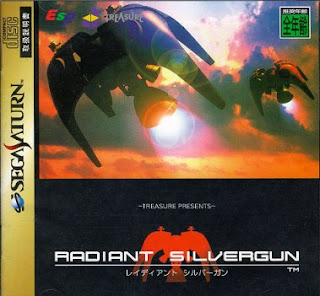 Could be worse, I could be collecting NEO GEO carts
Anyway, the end result of this is despite actually owning a Saturn, I have very few games to play. This is why I picked up  NiGHTS: Journey of Dreams, the Wii-exclusive sequel to the original NiGHTS Into Dreams, when I saw it on sale for about $10 used. I had always wanted to play NiGHTS, at the very least to understand what it was and this seemed like the perfect opportunity to do so.

Boy how wrong was I.

Read more »
Posted by Unknown at 2:23 AM No comments: Links to this post

There have been a lot of strange video game boycotts lately, but this one tops them all. Apparently there's a group of Sonic fans that feel, based upon the scant screens and videos released, that Sonic the Hedgehog 4 *cough* Episode 1 *cough* will not be the true return to form for the series and should be boycotted by all True Fans. So basically, they're in stage two of the Sonic cycle. 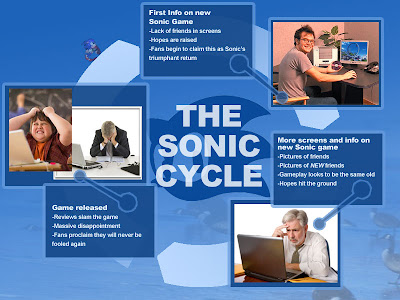 A scientifically documented process
What makes this protest notable is that the boycotters plan to make their displeasure known on Sonic 4's launch day by buying the original Sonic the Hedgehog. Let's have the rabble rousher speak for themselves on the matter:


Fans of the sonic series are like most sega fans, we want their old games brought back to the glory days when sega was pretty much the power in video games. Seeing the gameplay of sonic 4 has made many of us realize what we already knew, Sonic 4 will simply not be anywhere near as good as the original sonic games. Either way, We will decide to finally show sega what the fans truly want. A real sonic 4, as long as sonic 4 stays the way it is, we will not buy it, we will in fact buy sonic 1 on release in protest of sonic 4, till we end up with a re tool, or change, we want sonic in hd, not sonic RUSH HD. We will not buy a future sonic game, till we get a true successor to sonic 1/2

I think I have to take back my earlier comment. I think these guys have jumped straight to stage three.


Posted by Unknown at 1:31 AM No comments: Links to this post

So this week herald the arrival of the tenth installment in the Mega Man series. With a new Mega Man game comes eight new robot masters to fight. And what better way to celebrate the arrival of eight new old school bosses to fight then by profiling them? 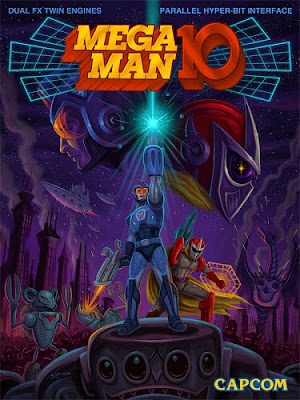 Why the box art? Because the only Mega Man 10 boss lineup pictures I could find were fanmakes
Except I can't because I haven't managed to beat any of them yet. Okay that's not true. I did beat Sheep Man, which is an act that is much more impresive then it sounds.

In any case, since the game hasn't even been out for a week it's probably too soon to profile the bosses from that game anyway. So instead will take a look at arguable the hardest boss from the previous instalment in the series.

Read more »
Posted by Unknown at 1:01 AM No comments: Links to this post